In the past, computer games could only be played if they were installed locally on the machine, but the rise of browser-based games has made it possible for users from all around the world to play games online for free from directly within the web browsers on their computer. With hundreds of games available, you don't want to waste time trying to figure out which games are truly worth playing. The following games are recommended as some of the best on the web.

Fans of classic retro games from the 1980s will find a lot to like with Super Mario Bros. Crossover. It is offered as a free online game through Exploding Rabbit.

Most of the titles offered at Addicting Games are retro-inspired and have very basic graphics, but as the name of the site implies, all of these games are designed to be incredibly addictive. The following games are some of the highlights the site has to offer.

Rollin is a puzzle game that takes you through different levels of play, similar to classic titles like Tetris and Puzzle Bubble. Addicting Games tags this one as hard, but that is precisely why it can be so addicting. 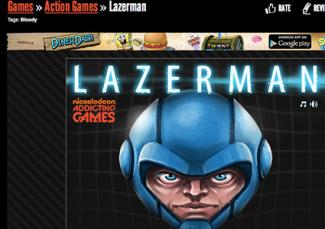 Lazerman is an action game where players control a floating head with a simple click of the mouse.

Sniper Team is a shooting game where the player switches between different snipers to take out the target.

A lightweight tower defense game, the appropriately named Desktop Tower Defense on Kongregate.com uses a generic work desk tabletop as its backdrop, but the gameplay has nothing to do with that.

Pogo.com offers free games, but it also has other exciting features like cash jackpots which make this site stand out from others. To be eligible to win cash, a player in the U.S. must be 18 years old. Jackpots start at a minimum deposit and increase gradually every 20 seconds until the prize reaches the cap. Once it reaches the cap, it stays there until a winner is declared. After a player wins the jackpot, it starts over again. The site contains many popular game franchises. 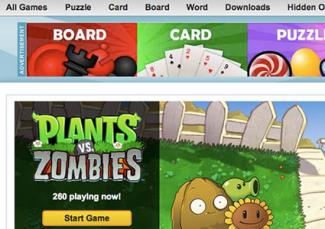 Plants vs. Zombies offers a different take on the tower defense theme; players must defend their yards from incoming waves of zombies.

Bejeweled 3 is part of the Bejeweled series which arguably defined and popularized the match-three sub-genre of puzzle games. The gameplay is wildly addictive, yet it's very easy to understand. 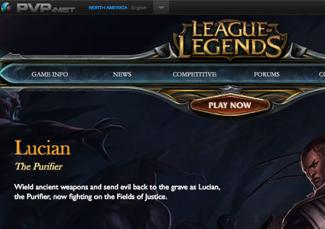 From the creators of Defense of the Ancients, League of Legends is a game that must be downloaded locally to the computer to be played, but it is a completely free download and is free to play online. There are premium items and "Champion" characters that can be purchased for the game, but the core game remains free for anyone to enjoy.

Whether you like to play puzzle, sport, arcade, casino, action, or role playing games, you can find them all for free online. Although most games are designed for a single player, there are still plenty of multiplayer games to share with your friends and other like-minded people across the Internet.