Mobile phones and the Internet have made many daily tasks a lot easier, but it has also opened up several opportunities for criminal behavior. One such example is smishing, a dangerous phenomenon that is becoming increasingly prevalent on cell phones and other mobile devices.

What Is a Smishing Scam?

The term "smishing" is a combination of the terms "SMS" and "phishing."

While "smishing" usually refers to messages designed for identity theft purposes sent via SMS on cell phones, the term can also be used more broadly to describe similar activity through other channels. For instance, it is possible to encounter a smishing scam through instant messaging programs and online social networks.

Through smishing scams, people can have their email accounts compromised, they can lose substantial amounts of money, they can infect their mobile devices with viruses and malware, and they can unwittingly sign up for subscription services that charge a fee.

Generally speaking, smishing and phishing are fundamentally the same thing.

Many of the warning signs of a smishing scam similar to the ways to recognize an email scam. Other warning signs include the following:

How to Avoid Falling Victim 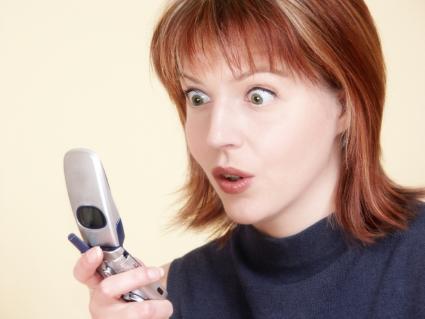 If there is anything that seems fishy about a message, do not take any action on it and do not click on any links contained within it. The best way to avoid falling victim to smishing scams is to be extra careful about how you handle these messages. You wouldn't give out the PIN to your ATM card to a random stranger on the street wearing the uniform of your bank, so why would you give that information to a faceless entity that asks for the same information through a text message? If you are indeed concerned that your banking information may have been compromised, contact your bank directly rather than clicking on any links in any SMS, IM, or e-mail message. The same is true with service providers, online stores, or any other organization or business.