Video games are often derided as a pastime for young teenage males. If you're not a regular "gamer," you might be surprised to find out just how many people from all different demographic groups play games regularly, leading to a billion dollar industry in the U.S. and internationally.

According to game designer Jane McGonigal, author of Reality is Broken, more than half a billion people play computer and video games for at least an hour each day. About 183 million of those gamers live in the U.S. alone.

The Entertainment Software Association (ESA) is the major trade association for the computer and video games industry. Each year, the association conducts a research survey which is the most comprehensive report of its kind. The 2016 report can be downloaded here. Some of the key findings of the 2016 report are:

The ESA's report also presents a picture of a group that is more socially engaged than the stereotype of gamers playing alone. 54% of gamers play with others and 51% of dedicated gamers play some type of multi-player mode at least once a week. Among the gamers surveyed, 53% said that the activity of gaming helped them to connect more with friends and 42% said the same for family.

Video game sales brought in $23.5 billion dollars in sales in 2015. In comparison, box office revenue for the same year was $11 billion in the United States.

The NPD Group is a market research company focused on retail and consumer trends. Annually, it queries 12 million consumers for their extensive industry reporting.

The NPD's statistics from 2016 show that $30.4 billion was made by the video game industry, an increase over the 2015 sales figures. According to an NPD "snapshot" report from 2014, "core gamers" who play at least 5 hours per week on a core device (i.e., console, PC or Mac) numbered 53.4 million people. Within this group, the average number of hours played per week was 22.1.

Why Are Video Games So Popular?

Everyone has different reason for playing video games. The most common one is simply that video games are fun. As technology gets better and the graphics improve with each new console, this reason is likely to remain at the forefront. The huge availability of devices you can play on today has also no doubt increased the game-playing market as you no longer need to purchase a special console or handheld device to play.

The most frequently used devices are:

Variety in types of games is also a factor in the large numbers of regular video game players. There are types of games to fit any personality. The top genres of games by percentage of gamer interest in the United States in 2016 were:

The Rise of eSports and "Let's Play"

Another reason for the rise in popularity of games is the increased visibility of eSports and "Let's Play" videos online. Professional eSports globally has increased from revenue of $194 million in 2014 to $463 million in 2016, according to gaming blog BigFishGames.

With a viewership in 2016 of about 292 million, more and more people who may not have considered playing games are now watching eSports and trying games out for themselves. The growth of "Let's Play" videos on YouTube and services like Twitch have also bolstered the visibility of games to a new audience. In fact Business Insider looked at the top twenty YouTube channels based on number of subscribers in 2014 and found that 11 were Let's Play channels. 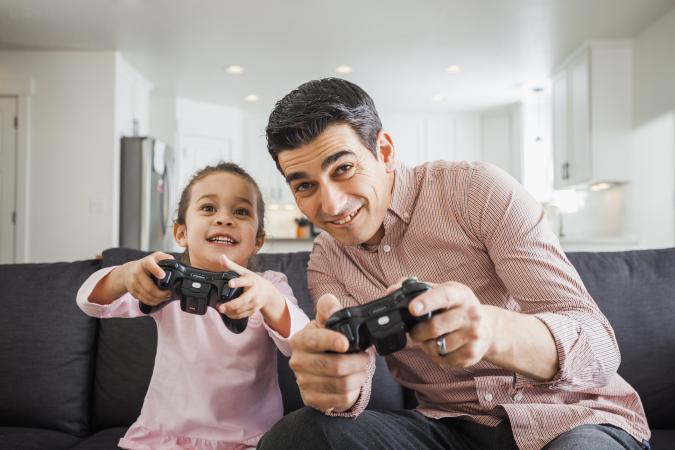 A national survey of K-8 teachers found that using video games as part of their class instructional materials led to improved fundamental learning and motivation skills. Moreover, 74% of the teachers surveyed now use digital games as a regular part of their student instruction.

Video games can also provide benefits for health education, such as with Re-Mission. The purpose of this game was to teach children with cancer how to follow a treatment protocol and a review of players found a noticeable difference in health-related behavior compliance compared to children who did not play the game.

Games can also improve cognitive functioning and problem solving abilities. A study by researchers from Yale University found that children who played a brain training game for a regular amount of time weekly for four months had higher math and reading scores than students in the control group.

This positive benefit isn't limited just to children. Researchers working with Alzheimer's patients found that playing a similar type of brain game a few times a week for one month improved multi-tasking ability and short-term memory. Another study of seniors ages 60 to 77 who played World of Warcraft, the popular online multi-player game, showed increased ability to focus and cognitive function. 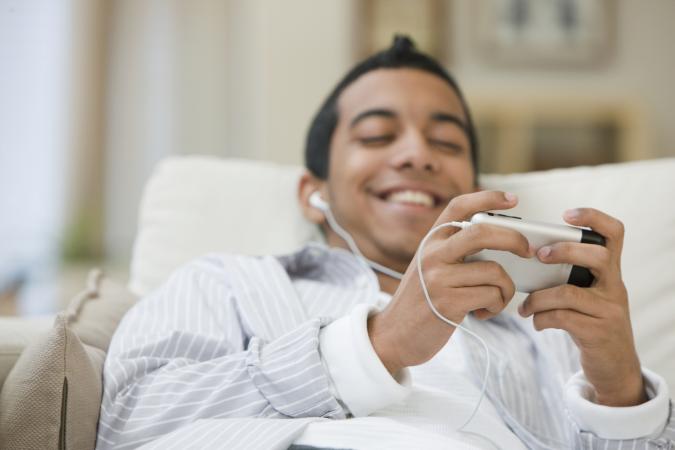 Several studies have also found that the positive emotional experience that playing a game generates on a day-to-day basis can improve one's ability to develop social relationships and support coping mechanisms for dealing with negative experiences.

The Outlook for Video Games and Gamers

Gaming's outlook for the future is positive, with upgraded high resolution consoles by Sony and Microsoft as well as additions of new advances into virtual reality. Nintendo's Switch device hit markets in 2017, selling 1.5 million units in launch week alone. Video games are expected to increase their market share through 2020 at a higher rate than other forms of entertainment too. Everyone is or will be a gamer.

1
Comments
© 2006-2020 LoveToKnow, Corp., except where otherwise noted. All Rights Reserved.
How Many People Play Video Games?